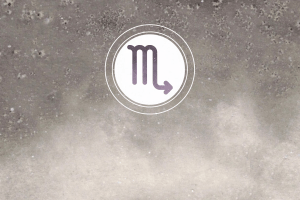 We’ve already established that Scorpio is a special sign, and that fact is made all the more obvious by the fact that Scorpio is one of only a handful of signs that has more than one ruler. Co-ruled by powerful Mars and transformative Pluto, it’s easy to see why Scorpio is so mysterious and easily misunderstood.

Mars is Scorpio’s traditional ruler, and its influence is an aggressive, forceful one. Although most Scorpios can relate much more to being ruled by Pluto, Mars has its influence, as well. What do Scorpios get from Mars? The tendency to want to be in charge, for one. Leadership and motivation are closely associated with Mars’ energy, which have an obvious effect on Scorpios.

Pluto is Scorpio’s modern ruler, and the planet many Scorpios relate to most. Pluto is closely associated with death and transformation. Although this is the smallest ruling planet, Pluto has a big astrological influence on Scorpio. This dark planet feeds Scorpio’s curiosity for all things mysterious, and because of this rulership, Scorpios are intensely curious about the deepest parts of the human soul.