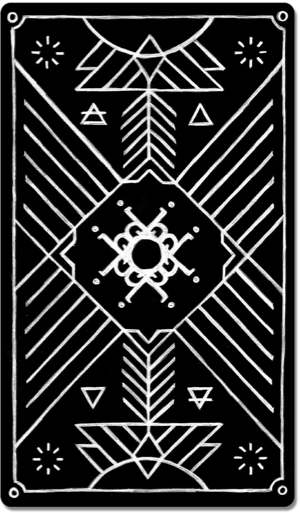 What the cards mean for you today

Struggling to move on? Get instant answers with a Tarot Reading.

The Tarot is a storybook of life and a mirror into our consciousness. It encompasses all human experience, both spiritually and physically, and can be utilized to aid one in tapping into the wisdom of one’s higher self. The Tarot is a deck of seventy-eight cards, each given its own imagery and symbolism. By consulting these archetypes, we can unlock our intuition and find a map to embrace our destiny. The Tarot teaches that our greatest powers and sources of information come from within, as we peer into a looking glass to ascertain greater awareness of ourselves and all of life’s vast mysteries. The Tarot is a tool to be honored and respected, with a vast history and a bright future ahead of it.

Since the fourteenth century, Tarot has evolved—all the while entertaining and fascinating humanity. Originating in Europe, these cards were developed as a popular recreational game often entitled to the wealthy classes of society. Passed down as an oral tradition, it wasn’t until the 1700s when the French officially presented it as a form of divination. This particular incarnation of the Tarot was said to be based on the beliefs of the Book of Thoth, an ancient Egyptian mystical text. An order and specific meanings were established for the deck, which are still often used to this day.

While the cards’ popularity has ebbed and flowed since this time, the next great resurgence took place at the turn of the 1900s when the system received a significant update. With the release of the Rider-Waite deck and a printed manual detailing interpretations of the cards, the Tarot became an even more common mystical tool. The images included in the deck were expanded upon to incorporate further symbolism, diving deeper into the intricacy of the Major and Minor Arcana, the suits, and the court cards. Astrology, Kabalistic imagery, occultism, and spiritualism have become increasingly mainstream since the 1970s and have continued to feed the growth of Tarot as an art form. What was once a pastime for the elite has now become available to all who seek its secrets, hoping to unlock the vast potential of themselves and the universe in which they live.

How to Read Tarot

Tarot’s purpose is to provide us a way of tapping into our intuition as we embark upon self-development. Only by peering into our own mirror can one better learn about the intricacies of the Tarot and then offer insight to others. Reading Tarot is an art form—one that an individual must practice continuously and allow to grow over time. By truly experiencing and understanding each of the seventy-eight Tarot cards can one harness the wisdom inherent within this mystical tool—embracing it as a vehicle to live more intentionally. Tarot’s greatest power comes from the soul, showing that anyone can access this information to live a more fulfilling and inspired life.

To begin a Tarot card reading, one must first focus clearly on one specific question or intention. It is better to approach a reading from a place of love and serenity, rather than fear, as intense emotions and desires can sometimes be reflected back within the cards—showing desired outcomes rather than the truth. Only by coming from a detached and grounded perspective can a reading tap into the recesses of the soul. This is why many advanced Tarot practitioners find it advisable to only read when they are clear-headed and centered. Meditate on your specific question while touching the deck. Shuffle the cards while focusing intently. Once this is done, many readers encourage one to cut the deck and then pull a card to be given your answer.

A multitude of specific spreads can be utilized to more clearly illuminate one’s question, but Tarot functions best when it is telling a story—giving a beginning, middle, and an end. Also of great importance to note is that the Tarot was not created to tell anyone what they should or should not do. Free will is ultimately reserved for the individual. Tapping into the ever-present energy of the universe will help beginners and masters alike to look at their life from an outside perspective. Every spiritual lesson we ever face can be examined through the Tarot—it is up to us to awaken our inner light and use the cards to find the truth.

The most commonly used Tarot deck contains seventy-eight cards, which are then separated into Major and Minor Arcana. The twenty-two Major Arcana chronicle significant life lessons and turning points, shedding light on the archetypes that we encounter during our individual Hero’s Journeys. The Major Arcana hold ties to powerful karmic situations and paint the evolution of the human spirit. The fifty-six Minor Arcana encompass the more mundane life events, situations, and interactions that take place with more regularity. Within the Minor Arcana stand sixteen unique personality profiles known as the court cards. Each suit contains a Page, a Knight, a Queen, and a King—or something similar—to highlight the maturity and incarnation of that particular suit’s energy. The remainder of the deck includes forty remaining cards, each separated into four suits with ten cards each. The suits most commonly used are Wands, Swords, Cups, and Pentacles, each connected to one of the elements.

While the Minor Arcana always reflect daily life and events, they are in no way to be taken lightly—as our worlds are filled with many important experiences. The Wands are ruled by fire and reflect our passion, energy, and motivation—and tend to hold ties to one’s ambitions or career. Swords are connected to elemental air and showcase one’s thoughts, actions, and ideas. While this suit often shows the darker aspects and conflicts within Tarot, it ultimately teaches us to assert ourselves and find our power. The suit of Cups is ruled by water, linking them to emotional and relationship matters. Love, creativity, and intuition can all be symbolized within this realm. Lastly, Pentacles are tied to elemental earth and represent one’s material world and finances.

If the Tarot is calling to you, it is your choice to pick it up and listen.

Full moons, new moons, Mercury retrograde, and eclipses—do the planets ever stop messing with everyday energy? Find out what’s up today for your sun sign.

Wherever Venus, Mars, and the moon are in the sky impacts your love luck. Check to see if today’s the best day to ask out your crush, go on that Hinge date...