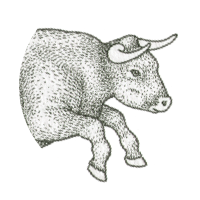 All bets are off, Taurus! As Uranus settles deeper into your sign this year, life gets increasingly unpredictable. But the biggest surprise of all might be how comfortable you’re becoming with the idea of change.

The year kicks off with a bang in January/February: As Mercury, the sun, and Venus in Aquarius take turns challenging Uranus, and Mars joins forces with him in your sign. There’s a sense of urgency that something has to change—and it feels like now or never.

Of course, change isn’t always easy. And with squares and oppositions being made to Uranus throughout the year, it could be a rocky road. But the great thing about these challenging aspects is how they can motivate you to become your absolute best self.

The most significant squares to Uranus come from Jupiter (January 17) and Saturn (February 17, June 14, and December 23). With these two heavy hitters in Aquarius—your house of reputation and life purpose—big things are happening in your career this year. But your newfound success, and the added responsibilities that come with it, could trigger a kind of identity crisis. It’s likely to change not only how others see you, but also how you see yourself.

This can cause some shakeups at home or in your private life—especially in July/August, as the inner planets in Leo (Mars, Venus, Mercury, and the sun) challenge Uranus in your sign. From late September through mid-November, the same planets will form oppositions to Uranus as they move through Scorpio. Interactions with close friends, family, and loved ones around this time can be very revealing, showing you just how much things have changed. But whatever reactions others express to the “new you” will likely reveal more about them.

As someone who values stability and security, this year can be pretty disorienting at times. But most likely, Taurus, you’ll also find it strangely liberating! With a lunar eclipse in your sign on November 19, you will feel ready to let go of whichever aspects of your identity no longer resonate with the person you’ve become.

There’s just something about you, Taurus. And with a Venus/Uranus conjunction in your sign on April 22, your unusual allure is more noticeable than ever!

This gives you the confidence to venture further out of your comfort zone when it comes to love. Venus’ harmonious aspects with Neptune and Pluto in April/May (and again in September/October) give you the feeling that this is meant to be.

Still, as Venus clashes with Saturn and Jupiter in Aquarius, the path ahead may be a rocky one—especially if relationships are at odds with other responsibilities. Balancing your personal and professional lives can be a constant struggle throughout the year. You’ll have to think outside the box if you want to make it work. By September/October, when Venus in Scorpio repeats her squares with Saturn and Jupiter and opposes Uranus in your sign, you may be seeing things differently.

It's easiest to get on the same wavelength in July/August, when the divine lovers Venus and Mars spend some quality time together in Virgo. Their trines with Uranus in your sign and Pluto in Capricorn help you find new ways to have fun, while bonding over shared values and purpose—perhaps through creative or service-oriented projects. (If you have kids, this could also mean some family time!)

From October 7 to November 5, Venus visits Sagittarius (your house of intimacy, sexuality, and shared resources), helping you find a greater sense of freedom and space within your relationships. However, as Venus forms a confusing quincunx with retrograde Uranus, there may be some awkward adjustments to make. And Venus’ square with retrograde Neptune in Pisces can make situations seem too good to be true—so make sure you’re seeing what’s really there.

With the south node and two eclipses in Sagittarius (lunar May 26, solar December 3), a lot of old relationship “baggage” is likely to come up for you this year. This can range from fears of intimacy and commitment, to cultural biases around gender and sexuality that prevent you and/or your partner from freely expressing yourselves. But whatever the issues are, Taurus, this could be the year you resolve them once and for all.

It’s said that luck is where opportunity meets preparation. If this is true, Taurus, 2021 should be a very lucky year for you!

With Jupiter and Saturn together in Aquarius for most of the year, you’ll have career opportunities aplenty. But to make the most of them, you’ll need to do your due diligence. This includes being selective about what you say “yes” to, and realistic about how many responsibilities you can balance on your plate.

To you, the choices you’ll make are the logical next steps. But they’re likely to take bosses or mentors by surprise. An unexpected “big break” may come around January 17, when Jupiter forms a square with Uranus in your sign. But is it too much too soon? Only you can know for sure.

After all, with three Saturn/Uranus squares (February 17, June 14, and December 23), you’re the one who’ll be doing all the work. And it often takes more discipline to be your own boss than it does to toe the company line. Before you can successfully break the rules, you’ll have to make sure you’ve mastered them.

With Mercury spending extra time in your career houses this year, it’s important to do your homework. During his time in Aquarius (January 8-March 15), where he conjoins Jupiter three times, reflect on what success means to you—and redefine your goals on your own terms. In Gemini (May 3-July 11), Mercury’s trine with Saturn helps you make significant strides. But three squares with Neptune challenge you to keep your financial feet on the ground. A solar eclipse in Gemini on June 10 marks the beginning of a new chapter in your success story.

Finally, Mercury in Libra (August 29-November 5) encourages you to be a team player. His trine with Saturn and three trines with Jupiter support you in establishing the harmonious working conditions that set you up for success. 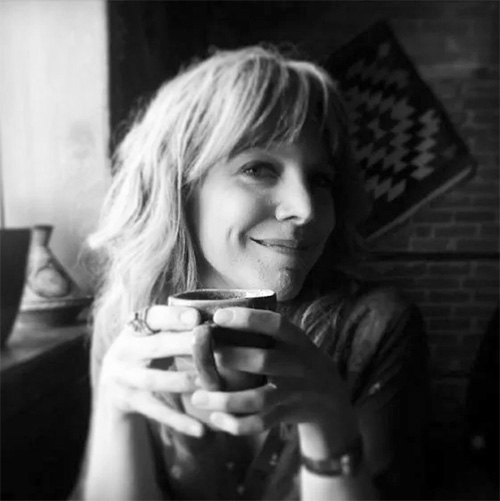