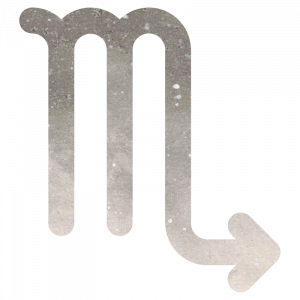 At first impression, Scorpio is mysterious. A closed book. And most of this is carefully designed. Scorpios don’t like to reveal who they really are until they know and trust someone. And even then, it’s a tossup whether or not they’ll divulge their innermost secrets. Most don’t reveal everything about themselves, even to the person closest to them.

When getting to know new people, water sign Scorpio wades in slowly. Scorpio natives often observe people from a distance, sizing them up before they even meet. Scorpions are part of the arachnid family, which are nocturnal animals that attack and paralyze their prey. Sounds familiar to how many people feel after meeting a Scorpio, right? They don’t like to show that side of themselves, but they will get out their stinger if and when necessary.

Once you reach their inner circle, however, Scorpio is known to be an extremely loyal person who would do almost anything for anyone they care about. They do excel at mind games, however, and they’ll win any staring contest they’re challenged to! Their eyes hold a world of hypnotic magic, and they can and will penetrate your soul if given the chance.