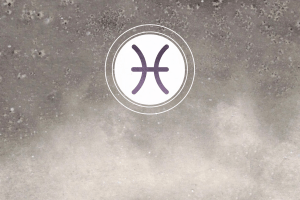 Neptune, the god of the sea, is Pisces’ modern ruler in astrology. Neptune is the planet of dreams, inspiration, spirituality and imagination, and guides Pisces on all of their imaginative journeys. Neptune is a slow-moving outer planet, taking 165 years to complete its orbit around the sun. On some levels, this is where Pisces develops a slow-moving reputation. It spends 14 years in each sign, which is enough time to have a lasting effect on the areas of your chart that it’s influencing.

Neptune is a planet of illusion, and it rules Pisces natives’ tendencies to fantasize and get lost in a world of their own creation. This can also be associated with indecision and confusion. The pull between their dream world and reality aren’t often easily reconciled. Neptune is all about creating illusions, which can leave Pisces torn between what’s real and what isn’t. Neptune has a unique mystery surrounding it, and this translates to Pisces natives’ character, as well.