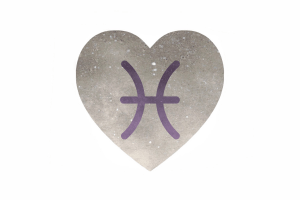 In the beginning… Pisces has a reputation for forming emotional attachments easily and can be impetuous at times. Contrary to popular belief, it takes much more to advance things to the next level. Pisces natives are looking for someone to dream and create with. Due to their sensitive and positive nature, they want a true soulmate for the long-term.

When things are going well… When Pisces natives find their soulmate and things are going well, they are truly and 100 percent committed to making things work. When they feel they’ve found “the one,” they want nothing more than to build a special place, where the two of them can live together in peace and harmony and shut out the rest of the world. There isn’t a lot of logic surrounding the situation when a Pisces falls in love.

When things are on the rocks… When times get tough, Pisces natives tend to withdraw, but their commitment level rarely does. Generally, they won’t stray physically, and will most likely remain committed to their partner. But don’t withhold all of the physical cuddling, or a Pisces’ dark side might surface. Pisces aren’t big on making decisions, so they might stay in limbo for a while, deciding whether or not they made the right choice.