How a Pisces Will Dump You 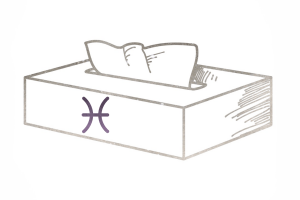 Pisces is one of the most forgiving signs, so if a Pisces is dumping you, you’ve probably screwed things up pretty badly! Pisces natives like to look at the positive side of life, so once they reach their breaking point, they’ve really taken all they can stand. As for their reputation for being slightly naïve and even a bit of a pushover? Once you’ve seen a Pisces whose been pushed too far, you won’t believe those generalizations anymore. When Pisces natives reach their limits on what they can take from a partner, their good-heartedness and compassion are out the door.

Once they do reach the limits and decide to break up with someone, they might pull one of their famous disappearing acts instead of confronting the situation directly. Pisces natives’ first instinct when there’s trouble is usually to retreat. They might leave a breakup note on the counter or send a goodbye text, waiting for it all to just blow over. They’ll come around eventually to talk about things. However, they might not want to talk about the real reasons for the breakup, preferring to live in a fantasy world.