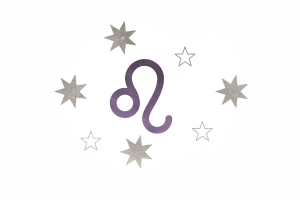 The Leo symbol (glyph) is seen fairly clearly as the forward-facing mane of a Lion and is based on the Nemean Lion in Greek mythology. According to legend, this particular lion was fearless and savage and couldn’t be harmed by any weapons. After attempting to kill the Lion, Hercules wrestled it to the ground and was able to strangle it to death. In the battle, however, the lion was able to bite off one of Hercules fingers, and after the lion was dead, Hercules skinned it with its own claws to use as weapons and used its pelt as armor. The constellation Leo is said to honor the bravery of that battle between Hercules and the Nemean Lion.

This story and symbol are perfect for proud, brave, and strong Leo, who would do anything to protect its own pride. Just like lions, Leos are known for their masculine, dominant personalities, and are definitely proud to be known as the King/Queen of the Jungle!

< Previous — Leo Personality Next — When Is Leo Season? >
Read your Leo Horoscope