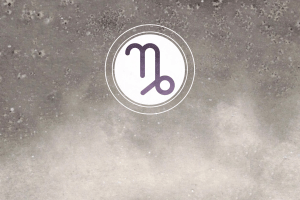 Capricorn is ruled by Saturn, the planet of structure. In Roman mythology, Saturn is the god of agriculture, credited as being the founder of civilization and social order. In astrology, Saturn represents our obstacles, limitations, restrictions, and disciple. Saturn’s influence can be seen in your routines, your reasoning abilities, and how you plan out your life.

Saturn acts as an overprotective father figure—which is similar to how Capricorn comes off, as well. Capricorns act like a strict authority figure who are protective of others. They always look and act mature for their age—as well as easily and eagerly take on responsibility.

Capricorns are very structured. They enjoy the routine they so carefully built for themselves. They have their goals set and marked in stone, knowing that if they just keep working hard, they’ll eventually be rewarded for their efforts. As Saturn is slow to move around the sun, Capricorns are not known for the speed in which they achieve their major goals. But for what they lack in haste, they easily make up for in endurance and stamina.