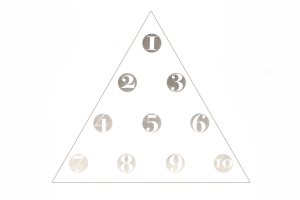 Because this sign is ruled by Uranus in modern astrology, Aquarius is associated with the number four in numerology. Four is an interesting number because it is about both our foundations, our momentum, and our capacity for growth. It’s also an important number cosmically: There are four elements, for example. Like the planet, the number four is associated with rebellion, unrest, revolution, and change.

The combination of representing the building blocks of nature and the idea of change actually makes a lot of sense. While we need all four elements, they are engaged in a constant sense of change.

The number four is more closely connected to the world at large than to individuals or material wealth, which helps to explain Aquarius’ humanistic tendency and desire to make the world a better place. Because it is so focused on the large scale, it can lead to loneliness and isolation on a micro or individual level.