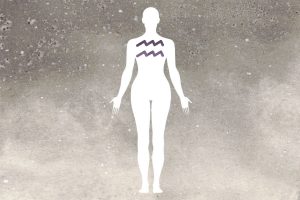 For a sign that’s not generally thought of as being grounded, the body part Aquarius is actually represented by the ankles. Good foot support is important for this sign, as they can be prone to pain, stiffness, and the occasional charley horse. So, the Achilles heel is real for Aquarius!

Physiologically, the ankles connect the feet to the rest of the body, representing the Aquarian ability to see the connections between people, systems, and even the cosmos.

Additionally, Aquarians can be prone to nervous energy and suffer from unexpected spasms (that unpredictable Uranus energy appears even in the body).